I got into a high school!  Thank you Morris Catholic for letting me look forward to the next 4 years of my life!

Just got a thing from Morris Catholic, the one high school I’m applying for.  I also applied for DePaul.  Anyway, I’m so excited and really nervous.  I’ve got an interview to “Look forward” to.  Any smart ideas on anything good to say?

So, our mom showed us the movie/TV show series Firefly and Serenity, and I found this. 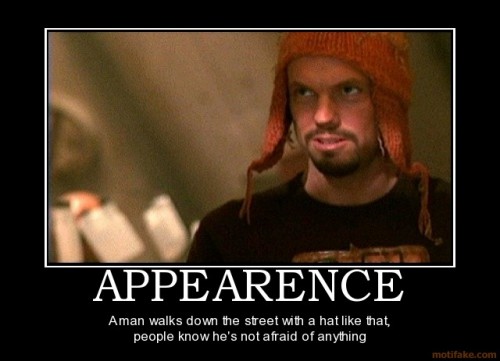 I couldn’t help but laugh.

Warriors, by Erin Hunter.  Read series one and fell in love.

The bull’s name is Dynamite.  I payed $7 I think it was to ride him.  I stayed on for 30 seconds, when the bull started spinning.  Before that it was a “warm up”.  Click the link to see me!

Suzie riding Dynamite should show up.  Bottom right hand corner when youtube pulls up videos related to your search at the end.

My sister decided to take our cat, Tiger into the pool.  Then, once he managed to get out, she did it again.  I helped, because I had to.  Evil parents and sister…

It was real fun and all, but, I don’t think I’m sure I would do it again.

The lead rolls really got to be lead rolls! They didn’t try to ease the feelings for the rest of the people in the play, they might as well say to people that aren’t lead rolls ‘You’re not good enough, so we decided that it was necessary to shove you out the way.’  I know how because:

1.  They got microphoned (that I could expect)

2. The people running the play said every one could do pictures and interviews.

WRONG!  Only lead rolls got to do interviews and pictures.

3.  Lead rolls got bouquets of flowers (I could kind of expect that)

4.  One of my friends, (Iago, a lead roll) got asked to be in a music video or something! (completely unexpected!!!)

My friend, (minor roll, all the same as me; Harem Girl and Citizen of Agrabah), quit the play

Harem Girl.   The first thought should be ‘Oh, a harem girl! You must look beautiful!’  Nope!  I was dressed like a poor person.  Citizen of Agrabah or not, I should look nice because I’m a harem girl!  Just because I’m a citizen doesn’t mean I’m a pathetic looking Harem Girl!

I suffered, almost racism from the Narrators (a lead part).  At one point, I stand on the corner of the stage with more citizens and some guards (2-3).  The narrators come in to do a little dance.  They shove me out the way, because they need more room.  They aren’t even at the edge of the stage!  If they would move up, they would have room!  AND, I wouldn’t have to squish the other people in my line!  The narrators probably had about a foot and a half of space!  It really isn’t that hard to move up instead of shoving the citizens and guards!

I got so angry at the end of the play.  You could get a video of the entire play.  Included in the video, was a cast and crew interview.  I don’t think it’s “cast and crew”.  I think it’s just “lead rolls and one major crew member”.  She’s older, and doesn’t go to this school (pre-k to 8).

I guess this’ll be a tradition!  Every year I’ll post a Merry X-Mas on my blog!

Yeah, turns out he wasn’t my first boyfriend.  He never asked me out.  He just said he had a crush on me.  I said yes of course, being the sucker that I am.  Now, I really have a boyfriend, Brandon Martell.

I am hanging out at my fist boyfriend’s party.  Loving it!  Very informal, but hey!  At least now it isn’t like I look like trash.

Are you going to check it out or what?